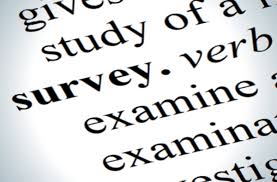 According to BDO’s survey, 86% of the football clubs believe their financial position to be ‘very healthy’ or at least ‘not bad’, with only few of the finance directors of football clubs suggesting that the finances of their respective clubs are in need of attention.

The English Premier League (EPL) is one of the most profitable and sustainable football leagues around the world. BDO has said that change in behavior of clubs and investors has caused a situation in which 40% of the football clubs outside the top tier have received approaches from various equity investors in the past 12 months.

As per the survey, three quarters of football clubs in the EPL are of the opinion that they are very stable in financial terms while 93% of the clubs expect to make profit even before player transfers in the next accounting period.

In comparison, 73% of League one clubs revealed that they were approached from various equity investors in the past 12 months.

The Head of professional sports at BDO, Ian Clayden, said that diversity of ownership with reference to English clubs reflects the
popularity and global appeal of English football.

He further said that increased wealth from equity investment and enhanced media rights often creates a perception that football is ‘all about the money’, and in fact we may see smaller first team squads in the future as clubs head towards sacrificing quantity for quality.

The survey conducted by BDO has revealed that 14% of the Finance Directors are of the opinion that enhanced broadcasting revenues have adversely affected their club as this is causing inflation in wages of players and also causing the players transfer price to inflate in the transfer market. BDO predicts that FFP regulations and market forces are likely to address these issues if necessary.