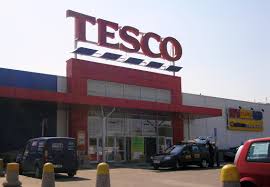 British Giant Tesco has opened its settlement scheme for shareholders who lost money due to company’s profits being overstated in 2014. The claims as part of the settlement scheme will be accepted until February 22, 2018.

Tesco plc has announced the settlement scheme with the agreement of the Financial Conduct Authority (FCA), on March 28, 2017 and is connected with the company’s trading statement of August 29, 2014 with reference to Tesco’s profit outlook for the financial year 2014/15. The outlook of the company’s profit was corrected on September 22, 2014.

The scheme is open for all those who purchased Tesco bonds and shares from August 29, 2014 to September 19, 2014. The compensation offered to shareholders is set at 24.5p per share. If the purchaser is an institutional investor then interest will be paid at 1.25% per annum and 4% per annum will be paid to others, for example, retail investors.

If the administrators, KPMG fails to receive claims from Tesco shareholders in this regard by February 22, 2018, then all those shareholders will lose the right to be paid compensation by the company.

The cost payable as per both the FCA and Tesco is estimated to be approximately £85m. The figure £85m does not include the amount to be paid as interest to the claimants.

In 2014, an accounting scandal was discovered in which Tesco was involved which resulted in a ‘black hole’ of £263m in the figures due to profits being overstated. The scandal immensely damaged Tesco’s share price, caused an investigation and sparked some disputes with investors who claimed to have lost millions after purchasing shares on the basis of misleading accounts.

In March 2017, Tesco agreed to pay £129m as fine with reference to the accounting scandal in order to avoid any kind of prosecution.