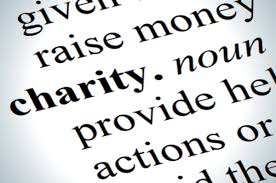 The annual return for 2017 can only be submitted once the 2016 returns have been uploaded.
The annual return of charities must be submitted after their latest accounts and trustee’s annual report gets approved. A charity having income of more than £10,000 can submit its return within 10 months of the end of its fiscal year.
CIO having an income of more than £25,000 will also be required to submit audit report or independent examiners’ report in addition to a trustees’ annual report.

There is a legal responsibility for all charities to create and forward an annual return to the Charity Commission.
Based on charity income, following are the requirements to complete a charity annual return:
Charities having income below £10,000 must submit income and expenditure figures and the simplest way is through the charity commission annual return service;

If any charity is unable to meet this legal requirement, the details of that charity will be marked ‘overdue’ and there is also risk of the financial s of the charity being investigated with regard to its financial dealings..

The guide about accounting essentials released by the Charity Commission provides guidance to charities about the type of accounts they are required to prepare, and whether an independent examination or audit is needed.