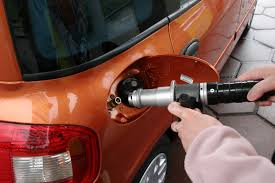 HM Revenue & Customs has recently released the latest list of advisory fuel rates (AFR) for users of company cars. These rates will take effect from September 1, 2017.

The latest rates have dropped slightly in comparison to the rates in the previous quarter. The Exception to this downward trend are fuel rates for petrol cars with engine size of 1400cc or less and diesel cars with an engine of more than 2000cc. The rates of previous quarter can be used for up to one month from the date the new fuel rates will be applicable in the country. The rates would only be applicable in the following situations:

These fuel rates cannot be used in any other circumstances other than those mentioned above. It is not essential to apply for an exemption to cover the payments made, if the rates are used.
When employees are reimbursed while traveling in the company cars for business purposes, HM Revenue & Customs will acknowledge that there is no taxable profit and no Class 1A national Insurance to be paid.
The amount per mile for all the cars with an engine size of 1400cc or less is 11p in case of petrol and 7p for LPG. For cars with engine capacity of over 1400cc but less than 2000cc, the amount per mile for petrol is 13p and 8p is for LPG. The amount per mile for cars with engine size of over 2000cc is 21p for petrol and 13 p in case of LPG.

The amount per mile for cars using diesel is as follows:

Hybrid cars will either be treated as petrol or diesel cars for this purpose.
Share:
Source: ReadyRatios
Add New Comment