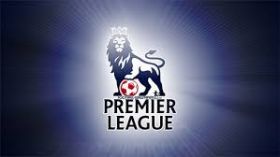 This year’s summer transfer window saw the football clubs from the premier league upping their game by increasing their expenditure by 23% when compared with the previous year. The premier league clubs incurred expenditure of approximately £1.4bn as per analysis from big four firm Deloitte.

On the deadline day of the transfer window, the clubs incurred expenditure of more than £210m which is a new record. The record broken was set at £155m in the last year’s summer transfer window. On average a club in the premier league incurred around £71m on transfer of players compared to £58m in the 2016 transfer window.

The clubs that spent the most on player transfers were Everton (£145m), Manchester United (£145m), Chelsea (£180m) and Manchester city (£215m). On the other side, only four clubs managed to record profit in this year’s summer transfer window (Arsenal, Burnley, Stoke City and Swansea City).

Clubs in the premier league spent £770m to sign players from clubs of foreign leagues, reflecting 54% of the total transfer expenditure while receiving £185m from foreign clubs with reference to transfer of players.

In addition to setting a new record with regards to spending on player transfers in a single season (£1.43bn), the clubs in the premier league also topped the list of spending the most in the previous calendar year with £1.64bn.

The gross spending by the clubs in the English Premier League has exceeded the figure £10bn since the first transfer window was launched in the year 2003.