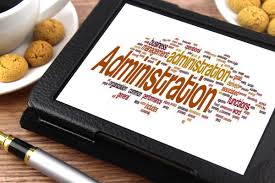 Misco UK Limited, a computer retail seller, is facing a winding up order from HMRC because it has been not able to pay multiple tax liabilities. Misco’s recent financial statements submitted to the companies registrar for the year ended 2016 has reported a gross revenue of near to 219.4m. The decrease of 23.2% has been observed in this gross revenue in the comparison of last year. Operating loss for current financial period is at 8m.

This business is a part of multinational group operating in European countries like Sweden, Italy, Netherlands, and Spain. The parent company is operating in the United States. The UK Subsidiary has been in operations for the past 20 years in multiple cities and areas of the Kingdom including Glasgow, Scotland. Other European subsidiaries won’t face any impact due to the closure of this British subsidiary.

Due the business failure, around 300 employees would face redundancy and they would be unemployed and on government benefits. At this moment, 30 employees are not terminated and they are working at Greenock warehouse and Wellingborough location with the appointed administrators to get most of out of the company’s assets available for liquidation so it will be in the best interest of company’s payables. This British operation faced this fate just after some months when the Parent company in the States sold the management control of European companies so maybe it can be predicated as a management level failure.

Company had a proper plan to survive the market but the creditors started putting pressure for earlier recovery terms and on the other side there was increasing competition so company couldn’t survive this business competitive pressure.  Directors of the company also started proper marketing campaigns to ensure the survival but still there was much pressure and not enough cash inflows. Then when HMRC ordered the winding up of businesses then directors realized that there was no other option but to put this business under administration for recovery from assets.