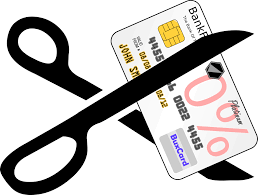 All payment should be made with a proper given reference to the payment code on employees generated salary slips via payroll operations. Incorrect payment code reference will lead to the rejection of PAYE payment. HMRC would charge a minimal fee for the credit card payments.

Company credits can only be used to make full liable payments for the relevant month. If employer would deem to make partial payment then other alternative methods of payment can be used. They can use telephone or direct banking transfer channels for their partial payments. These methods are also known as ‘faster payment’ methods by financial institutions. Faster payments would take 24 hours until they reach to the HMRC account. Direct debit transfers are probably the slowest method of payment as this would take normally 4-5 days for liability clearance.

There was another method of payment known as ‘post office’ payment. This method would not be available after December 15, 2017.

HMRC has a facility that payments would be considered on the date made, not on the date they reach to the HMRC account. So if payment is made before the expiry of deadline then employer won’t be charged any surcharge for late delivery to the HMRC Accounts.

Limited number of credit and debit card attempts will be available for  making payments. These attempts are reasonable enough to pay your liabilities. After the usage of these attempts, you can use other given methods for your payments.

HMRC has commented on this maximum attempts issue by saying that the Authority would decide the limit of reasonable acceptable attempts by consulting with relevant financial industry experts and keeping an eye on credit card service providers. So it will be up to the HMRC that when they will withdraw card payment facility for relevant tax payers.