PwC is the Most Valuable Brand Among Big Four 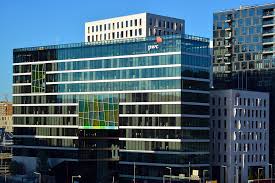 According to a recently released report, all the Big Four firms have improved their brand value in the past year and therefore have also improved their brand position in the table of the most valuable brands in the world. The table is currently topped by the world’s leading online shopping platform Amazon with PwC leading the way for professional accountancy and audit firms.

PwC currently sits at number 50 in the Global 500 report released by Brand Finance. PwC has improved their position considerably as they were placed at 66 in the rankings released last year. Of all the big accountancy firms Deloitte was nearest to PwC ranked at 59th place, moved up from 77th place in 2017. EY also moved up the table as it secured 84th position in this year’s ratings compared to the 98th position it claimed in the last year’s ratings. KPMG also moved two places up the table as it secured the 119th position compared to the 121th place it got in the previous year’s ratings. Mid-tier accountancy firm BDO also featured in this year’s ratings at 473th place.

The list was unsurprisingly dominated by companies mainly operating in the high-tech sector. Amazon topped the list and in doing so replaced internet search giant Google to become the most valuable brand in the world this year. Google fell down the rankings as it was ranked at 3th place while apple secured the 2nd position. As per the report by Brand Finance, Amazon’s currently has a brand value of $150.8bn (£107bn). Apple secured 2nd position with its brand value increasing from $107.14bn to $146.3bn, while Google came at third place compared to its first position last year. As per the listings the current brand value of Google is $120.9bn.

The list was mostly dominated by companies operating in the technology sector and it was evident from the fact that the top five positions were occupied by tech companies which included amazon, apple, Google, Samsung and Facebook.

Brand Finance has predicted that the dominance of tech companies will grow even further in the coming few years.