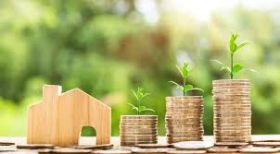 The government of Scotland has moved a step closer towards launching a National Investment Bank in Scotland, following theissuance of the implementation plan with respect to the Investment Bank.

Initiated by the Scottish government, the bank is intended to provide financing facilities to both small and large scale companies, firms and projects.

The Idea to establish a National Investment Bank in Scotland was first proposed by the current First Minister Nicola Sturgeon in September 2017. The proposal was welcomed and an advisory group was formed in order to make recommendations for the financing options, operational structure and the governance requirements for the new bank. The group is headed by Benny Higgins who is a CEO at Tesco Bank. The group has been operational since last year and recently it has given recommendations for its implementation.

Under the proposals, the bank would be publicly-owned with its preference being working towards supporting the economic growth and development of the country. For the first ten years the bank would be supported through long-term capialisation of minimum £2bn with the objective of becoming self-financed in the long run. This can only be achieved through raising its own capital to fund projects and investments.

The report has been seen as a positive development towards the bank’s development by the Minister Nicola Sturgeon.The recommendations given by the advisory group will be reviewed by the government of Scotland after which the government is expected to formally respond to the suggestions in the spring.