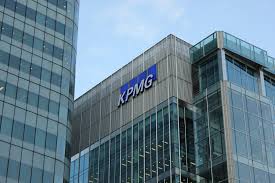 S.G. Aluminium Ltd on account of operating difficulties has ceased its operations and has appointed David Costley-Wood and Paul Flint from KPMG’s restructuring practice as its joint administrators.

S.G. Aluminium is a manufacturer and installer of aluminium windows, curtain walling, shop fronts and doors. The company is currently facing liquidity problems due to decrease in its sales and is facing difficulty in meeting its cash requirements in respect of an onerous contract.

The situation became worse and the directors had no suitable option other than to put the company into administration. All the company’s employees were made redundant and only one of them were retained in order to assist the administrators in the performance of their duties.

Paul Flint and David Costley-Wood have also been appointed as administrators to a motor business which went into administration resulting in the redundancy of nearly 70 employees.

Slaters of Ruthin Ltd, Slaters North Wales Car Centre Ltd and Slaters of Abergele Ltd are three motor companies which operate together as a family motor business in the North Wales. These companies dealt in the sale of new and used Citroen and Nissan cars in Abergele. Moreover, the company was also engaged in the service and repair cars in one of its sites in Mochdre.

Slaters North Wales Ltd is one of the members of the group and its offices are located in Colwyn Bay, Caernarvon and Anglesey. However this company did not went into administration.