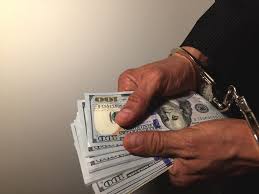 According to a research conducted by EY involving the executives of various countries revealed that despite the efforts made to reduce corruption and bribery including the imposition of new corporate criminal liability laws have failed in showing any improvement since the year 2012.

The research involved 2,550 executives belonging to 55 countries across the globe involving 50 participants from the UK.

Almost all the participants of the survey agreed that they want their organization to be seen as an organization that is compliant with the basic principles of integrity. However, 34% of the respondents belonging to the UK indicated that corruption and bribery is widely prevalent in the organizations. However the corruption situation was much better in the Western European countries like Germany and Netherlands, where the respondents reported much lower figures compared to what was reported by the respondents in the UK.

The corruption and bribery situation is reported by the executives to be not good at all with 18% stating that their company had faced a major fraud in the last two years which is much higher than the average frauds in the developed markets which is 10%.

The firm says that despite the corporate criminal laws have been tighten up and penalties amounting to nearly $11bn have been charged, the global corruption activity has increased since the figures reported back in the year 2012.

Head of EY’s fraud and dispute services at the UK and Ireland, Richard Indge, said that the regulations seem to have a little impact on the corruption as the organizations are still vulnerable to it. 20% of the respondents in developed markets whereas 52% of the respondents in the emerging markets claimed that corruption is widely prevalent in their society and organizations.

78% of the participants believed that their organization have a clear policy to penalize misconduct however only 57% have witnessed the same.

EY’s global fraud investigation and dispute services leader, Andrew Gordon, said that despite the strict global enforcement regulations corruption has increased which indicates that the businesses are always susceptible to such risks.

The need for the hour is the establishment of strong culture of compliance with the regulations within the organization as it is the appropriate way to cope up situations like these as it should not just be seen merely as a compliance with the code of conduct.
Share:
Source: ReadyRatios