Homebase Purchased for £1 by Hilco from its Australian Owners 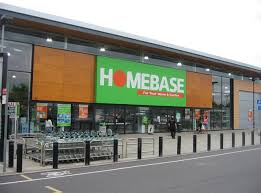 Restructuring firm Hilco has purchased DIY chain Homebase for just £1 from Australia based westfarmers. The Australian giants ended their disastrous foray into the UK business scene with this transaction with Hilco.

Westfarmers paid around £340m as consideration for the Homebase about 2 years ago, but losses along with other costs will bring the total bill to around £1bn.

The Australian giants failed in their attempt to turn the fortunes of Homebase around as it was reported that the Australian owners feel that investment in the Homebase has turnout to be a massive disappointment with problems arising due to poor execution of strategies and policies in the post-acquisition period and a misguided perception of the retail sector in the UK.

In February of this year, Westfarmers warned that Bunnings UK and Ireland was facing a write-off in goodwill amounting to approximately £454m as a consequence of the original acquisition that took place in the year 2016. A profit warning has also been issued by the company, projecting loss before interest and tax (LBIT) of around £97m for HY2018, reflecting on the disastrous trading and market performance of the Homebase.

The Australian firm has said that it expects to make a loss of around £200m to £230m on disposal of the UK based Homebase.

As per the underlying terms of the transaction involving the sale of Homebase to Hilco by the Westfarmers, Hilco will acquire all the assets of the Homebase, including the brand name, the entire store network, inventory (if any), freehold property and leased property for a nominal amount.

The 24 Bunnings stores in UK and Ireland will convert back to Homebase brand instantly following the completion of the transaction between the two parties. Wesfarmers will be entitled to 20% of the amount resulting from any future sale of the business. The divestment as part of the agreement between the two parties is expected to be executed and completed by June 30, 2018.