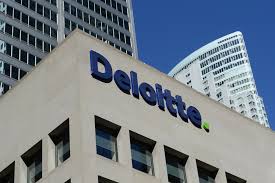 The Financial Reporting Council (FRC) has brought formal complaints against two of Deloitte’s senior audit engagement partners over their failure to uncover practices at autonomy that led to accounting irregularities and fraud convictions for its finance chief in the US.

The independent regulator has also brought disciplinary action against two former finance chiefs of Autonomy, Stephen Chamberlain and Sushovan Hussain for acting recklessly in preparing accounts of UK based Autonomy.

In 2011 Hewlett-Packard (HP) bought Autonomy for around $11bn, but just a year later HP alleged that Autonomy used inappropriate accounting practices to artificially inflate its value by 80%. This discovery by the HP led to a write-down of $8.8bn out of which $5bn was allegedly attributed to accounting irregularities and misrepresentation.

HP said that executives at Autonomy manipulated quarterly results and revenue in particular due to which it was impossible to make an accurate valuation of the entity.

The investigation by FRC into Autonomy’s financial reporting between January 1, 2009 to June 30, 2011 was carried out with parallel civil and criminal investigations in the USA.

The disciplinary action taken by FRC against Deloitte audit engagement partners, Nigel Mercer and Richard Knights, over failure to challenge and holding Autonomy accountable for their inappropriate accounting practices and inadequate disclosures relating to sale and purchase of computer hardware, as well as its accounting for round-trip deals with resellers.

FRC has also made a complaint against Sushovan Hussain over acting dishonestly in preparing Autonomy’s annual accounts for the years ended December 31, 2009 and December 31, 2010, mainly due to the treatment of sale and purchase of computer hardware by Autonomy and the related inadequate disclosures.

FRC has also alleged that former vice president of finance at Autonomy, Stephen Chamberlain, acted dishonestly in preparing Autonomy’s annual accounts for the years ended December 31, 2009 and December 31, 2010. Chamberlain also failed to correct the statement made by Hussain which misled the Financial Reporting Review Panel.

The FRC has said that a tribunal hearing date will be announced “in due course”.