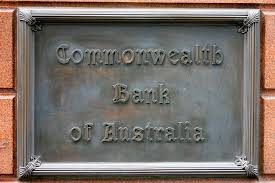 Commonwealth Bank of Australia (CBA), the biggest bank in Australia, his expected to pay A$700m as fine after the bank was found to be in breach of the counter-terror financing (CTF) and anti-money laundering (AML) laws for several years. The bank was fined after an investigation was carried out as per which the bank failed to report suspect transactions involving millions of dollars to the relevant authorities in Australia.

If court approves the A$700m fine then this will be the largest penalty handed to a corporate organisation in Australia. The bank has said that it would pay additional costs of approximately A$2.5m in connection with the investigation conducted by the financial intelligence agency, the Australian Transaction Reports and Analysis Centre (AUSTRAC).

For three straight years, CBA did not complied with the AML/CTF requirements relating to overseeing transactions on 778,370 accounts. AUSTRAC has stated that the bank failed to comply with the requirement to report suspicious transactions on time involving tens of millions of Australian dollars.

Even after becoming aware of the suspected CTF or money laundering transactions through CBA accounts, the bank still did nothing to monitor all its client accounts and to mitigate and manage counter terrorist financing and money laundering risks. The bank also admitted that around 149 suspicious transaction reports were submitted/ filed late, or not submitted/ filed at all.

CEO of AUSTRAC, Nicole Rose, said that that we acknowledge that businesses are the first in line with regards to protecting the community and the financial system from getting abused by criminals, and therefore it is important that CTF/AML risk management and compliance is embedded in business strategy, policies and practices.

CEO CBA, Matt Comyn, said that the mistakes highlighted are not deliberate but still we fully acknowledge and appreciate the seriousness of the mistakes made by us in the past.