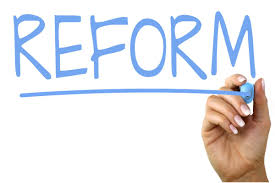 The Monitoring Group is planning to go ahead with suggestions relating to reform of the process as per which standards for audit and assurance are set globally, including suggestions that will make the standard setting process completely independent of the accounting and audit profession. The group recently said that response to the consultation revealed that there is a lot of support for some of the suggestions proposed in its recent consultation.

The group received a total of 179 responses in relation to its recent consultation on reforming the process through which standards relating to audit and assurance are set globally, with the group declaring that the reforms regarding increasing transparency and accountability in standard setting process; moving to representation of multi stakeholder in the boards responsible for setting standards, and moving to a more independent and sustainable funding model received strong backing from the recipients of the consultation.

However, the proposals relating to number of boards for setting standards, composition of the boards and whether the reform of the standard setting boards should be carried out at the exact time as reform of the Public Interest Oversight Board (PIOB).

A number of discussions and disagreements took place regarding accomplishing reforms in the most efficient and effective manner, and whether reform should take place as a stage-based project.

The Group further said that the analysis of the responses received from the recipients of the consultation clearly indicated that financial statement users (including investors), audit firms and relevant public authorities are all in support of the need to reform the areas highlighted in the consultation, and endorsed the measures relating to better represent the interest of the public in standard setting process and make the process demonstrably multi-stakeholder.

The participants to the consultation were also in support of the options to change the outlook of the standard setting board by making it more strategic in focus, and also comparatively smaller with respect to the number of members comprising it. Investors as well as the relevant public authorities gave their full support to the suggestions to better represent the public interest in standard setting process and make the overall process completely independent of the audit and accounting professions.

The member bodies of the International Federation of Accountants (IFAC) agreed with the objectives of the review but were not in support of the many substantive options suggested in the consultation.

Monitoring Group chair Gerben Everts, said that the support received from the board for the objectives mentioned in the consultation clearly gives an indication that reform of the process relating to setting of audit standards setting globally is needed.

The group is now planning to develop a detailed white paper containing reform suggestions for consultation by the end of 2018 with a view to reach global stakeholders. This will include a public interest framework, proposals relating to funding, assessment of the impact these proposal will have on the standard setting process and transition plan.