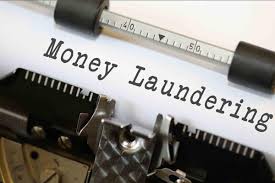 The EU is to introduce more strict criminal laws for money laundering, including harmonised rules on sanctions and offences across all the EU member states. The purpose of this step is to ensure that terrorists and criminals face equally severe consequences all across the EU.

Currently, all the EU member states consider money laundering as a criminal offence but the definitions and sanctions related with money laundering vary. The European Commission has said that the existing differences between the EU member states regarding definition of criminal offence and sanctions provides the criminals and terrorists with opportunity to commit more crimes where criminal laws are less stringent.

The new rules harmonise the definition of criminal offences and penalties related to money laundering. The new rules will also aid in removing obstacles associated with cross-border police and judicial cooperation.

The new rules will also provide the EU member states with an option to increase the sanctions in situations where conditions surrounding the circumstances aggravate, such as money laundering activities conducted by criminal or terrorist organisations or criminal offences conducted by using one’s own profession. The member states of the EU will also be allowed to define circumstances which in turn may aggravate a situation, purely on the basis of the money being laundered and if a property is involved then in that case the value of the property will be considered for determining whether the situation aggravates the circumstances or not. The new rules may also make holding legal entities liable in relation to specific money laundering activities possible.

In order to ensure the removal of obstacles associated with to cross-border police and judicial cooperation, the EU is planning to establish common provisions for the investigation of offences involving money laundering.

Commissioner for the security union, Julian King, said that we need to hit criminals and terrorists in their pockets as preventing them from having access to money is crucial for stopping their crimes. The new rules agreed by the EU parliament is a step forward in their fight against financing of criminal and terrorism activities in the EU member states.

The directive to impose more strict laws for money laundering has been agreed between the European Parliament and the EU Presidency and now the new rules only require a formal consent before they get applied or become effective.