Commission Opens an Inquiry against Charity over Poor Financial Controls 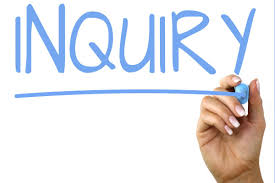 The Charity Commission has decided to open a statutory inquiry with regards to the dealings of Asthan Babe Ke Trust. The decision to open the inquiry against the trust has been taken in the wake of serious regulatory issues and concerns regarding charity not being managed properly by its trustees mainly due to an internal dispute between the trustees.

The objectives of the charity includes advancing the Sikh religion, providing education, providing poor with relief and the provision of elderly care facilities as well as providing platform for social recreation in the region of the West Midlands and other areas of the UK.

A regulatory compliance case against the charity was opened in the year 2017 after concerns were raised in relation to allegations of invalid appointment of trustees, conflicts of interest and personal benefits, poor financial controls and undeclared income. The Commission provided the charity with an action plan to assist the trustees in resolving the issues and disputes raised which included starting a mediation process.

The Commission also showed concern regarding whether the trustees of the charity have sufficient control and oversight over the funds collected, payments made and records maintained by the charity given that the charity is seemingly controlled and managed by an executive committee which also manages the cash funds of the charity.

The Commission also advised the trustees to vest its property within the UK in the official custodian but as for now no steps have been taken in this regard. The trustees are also yet to make any substantial progress in relation to the action plan provided by the commission.

The statutory inquiry ordered by thee commission will basically look into the governance, administration and management of the charity by its trustees, with specific regard to whether the charity’s trustees have exercised sufficient control and oversight over the charity matters, particularly regarding its assets.

The inquiry will also assess whether the existing trustees of the charity are willing / capable of administering the charity as per its governing document; whether the charity has previously complied with regulatory guidance; and whether related party transactions have been properly recorded, documented and managed.

Once the inquiry gets completed, the commission will issue a report providing details of what issues were looked at during the inquiry, what steps were taken to address the issues highlighted and what were the results of the steps taken.