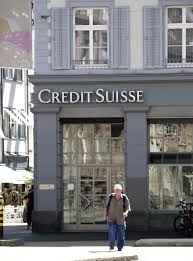 Credit Suisse is required to pay the US regulator Securities and Exchange Commission (SEC) around $30m as fine to settle charges that the group violated Foreign Corrupt Practices Act (FCPA) by corruptly influencing foreign officials to obtain business in the Asia-Pacific region.

In addition to the $30m fine by the SEC, the group is also required to pay the US Department of Justice a criminal penalty of $47m.

The practice of hiring individuals referred by clients or government officers in the Asia-pacific region bypassed the group’s normal hiring/ recruitment process, there were instances where employees and senior managers in other Credit Suisse subsidiaries and associated companies approved these ‘referral hires’ or ‘relationship hires’.

The SEC also revealed that in a six-year period, the group offered to hire more than 100 individuals referred by government officials/ representatives. This act of the group resulted in them obtaining business revenue of millions of dollars.

Chief of the FCPA unit of the enforcement division of the SEC, Charles Cain, said that bribery can take many forms and one of them is giving employment to relatives and friends of government officers/ representatives. The investment bank has violated the law by adopting such hiring practices, and now it is being held accountable for engaging in such hiring practices.