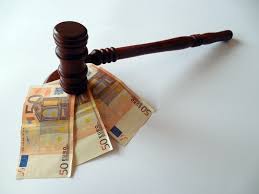 As per a recent research conducted by Thomson Reuters, fines imposed by the UK regulator Financial Reporting Council (FRC) increased by 23% to reach £17.96m during the last year, compared with £14.59m in 2016/17.

In the past year, the UK watchdog FRC succeeded in breaking a number of its own records related with fines imposed for mismanagement or failings. In the past year, FRC fined PwC £6.5m for BHS audit and fined KPMG £3.2m fine for failings in the audit of Quindell which is an insurance firm.

Recently, FRC announced plans with regards to increasing fines to £10m or more for mismanagement, misconduct or failings by largest audit firms in the UK from June of this year.

If the practice of imposing such larger fines by the FRC continues then there are chances that audit culture may change without the need to make fundamental changes and decisions. This situation is similar to the one in which Financial Conduct Authority started imposing heavy fines which resulted in a number of changes in the financial services sector.

Chief operating officer at Thomson Reuters, Brian Peccarelli has said that in the past FRC had been criticized for imposing relatively smaller penalties that failed to deter audit firms from misconduct and adopting inappropriate policies and procedures. Now, FRC has started levying fines that can really deter audit and consultancy firms from misconduct or mismanagement.