Xero to Acquire HubDoc in Deal Worth $70m 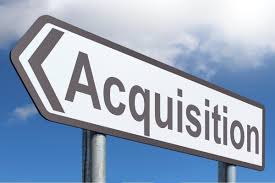 The decision of acquiring Hubdoc is a step taken by the cloud accounting firm in the direction of achieving their objective of developing and implementing code-free accounting and completely digitizing its end product/ solution. HubDoc’s services includes a feature which allows the automatic fetching of documents stored in the cloud, Xero is hoping to use this feature of Hubdoc to develop a complete business solution which will allow businesses to spend more time on their core activities and not on chasing paper work.

Xero has around 1.4m subscribers and approximately 700 apps in more than 180 countries since its introduction in 2006. Xero has made such a significant impact in the business world that Forbes’ ranked it at No. 1 in the list for the 100th most innovative growth companies in the year 2014 and in addition to this Xero has also been rated as the best accounting software of Australia by Canstar Blue for three consecutive years from 2015 to 2017. The software has also been given deemed as product of the year at the 2017 British accountancy awards and has also bagged the award of Technology provider of the year at British Small Business Awards.

Hubdoc has been affiliated and integrated with Xero since the year 2014, having long been one of the leading applications on the Xero app marketplace in addition to bagging the award of the Xero App Partner of the Year in 2016. Hubdoc has won the 2017 Xero Partnership Impact award.

The acquisition is expected to take place in two stages, with the first stage involving the payment of $60m consisting of 65% Xero equity and 35% cash. The second stage will involve payment of $10m by Xero to Hubdoc’s shareholders in form of equity subject to meeting agreed operational conditions and targets.