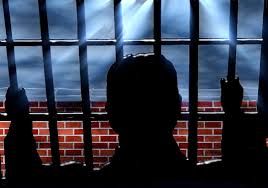 Shaun Clark, boss of two recruitment agencies, has been sentenced to jail for a period of 2 years and 3 months after an investigation carried out by the HMRC. The results of the investigation revealed that Shaun Clark failed to pay more than £470,000 VAT to the tax authorities in the UK.

Shaun Clark ran Iron Bridge (Yorkshire) Ltd and Maxim Healthcare Ltd from the same business address and evaded VAT amounting to £470,867 between May 2014 and July 2016. The VAT amount of £470,867 which was spent on houses and a luxurious holiday home should have been paid to the tax authorities in the UK.

Shaun Clark, who was disqualified from running any kind of business for a period of five years in the year 2009, used the evaded VAT amount to buy two new houses and a luxurious holiday home in Cleethorpes. Around £30,000 was spent on leasing of luxury cars by Clark.

HMRC started looking into tax affairs of the two recruiting agencies ran by Clark when he applied to the tax authorities for registering another company for VAT at the same address on which his previous two companies are registered.

HMRC Investigating team found that Clark’s company Iron Bridge (Yorkshire) Ltd was charging its customers VAT but never filed a VAT return with the tax authorities in the UK. The said company was also found of adopting the practice of occasionally using company information/ details of Maxim Healthcare Ltd (which is also owned by Clark) on its invoices.

Investigation also revealed that Maxim Healthcare Ltd charged VAT to all its customers but failed to file a VAT return with the tax authorities in the UK since April 2014.

Clark admitted to evading VAT as well as running a business while being disqualified at Leeds Crown Court.

He was sentenced to serve jail period of 2 years and 3 months and also banned from being a director of a company for a period of eight years. The authorities now have started the process to recover the evaded VAT amount.