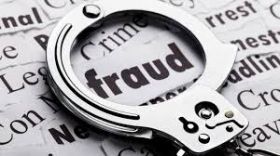 Two company bosses have been found guilty of stealing tax amounting to £360,000, following an investigation carried out by the HMRC.

Craig Williamson from West Yorkshire and Mark Creswell from Lincoln, both defrauded the tax authorities by making a number of false repayment claims in relation to VAT between 2008 and 2014. The investigation carried out by the HMRC revealed that Creswell failed to disclose the income earned from the properties rented, while Craig Williamson lied regarding his total earnings when making claims of VAT repayment.

The money from the tax fraud was spent on meals, home improvements and foreign trips. The frauds were uncovered after HMRC discovered that the spending by Williamson and Cresswell was beyond the level of their disclosed incomes.

The investigation also revealed that Creswell declared to earn around £8,000 a year while his spending was around £3,500 per month. On the other hand, Williamson declared that his annual income was £14,000, but he paid £14,400 as rent annually.

Creswell’s company submitted a number of false VAT returns resulting in stealing of £148,154 VAT amount. He also failed to disclose that he rented five of his properties therefore avoiding paying income tax on the income from rented properties.

Williamson was sentenced to serve jail period of one year and six months and Creswell for one year at Lincoln Crown Court.