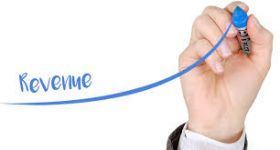 BDO recently released its results as per which the audit and consultancy firm recorded an increase of 8.5% in its revenues and as a result the revenue of the firm increased to £464.1m from £427.8m when compared with the previous year, while the profits increased to £109.4m.

Partners at BDO also witnessed a rise of 17% in average profit to be distributed among the partners. The average profit figure to be distributed per partner disclosed by the BDO is £531,000 which is more than the one reported by KPMG which is £519,000 disclosed in the big four firm’s annual report released last December. This is the first time a firm other than the big four firms has managed to overtake one of the big four audit and consultancy firms with reference to partner pay.

BDO performed strongly across all its three main sectors namely advisory, audit and tax and this is the reason they have reported more positive numbers compared with the previous year. The firm recorded revenue of £164.6m for its audit services growing by 9.2% when compared with the previous year.  The firm performed brilliantly in capitalizing a significant market share with reference to entrepreneurial businesses of medium size as well as cementing its place as the leading auditor for companies listed in the alternative investment market.

The firm reported revenue of £141.8m for its tax services reporting a growth of 4.9% from last year following some major coups. As per the firm, the growth in revenue for tax services can mainly be accredited to individuals and businesses having more awareness of the need to be compliant with the tax laws and regulations.

BDO reported revenue of £157.7m for its advisory services thus managing to increase its advisory revenues by 11.1% from the last year.  It can be said that M&A had a strong year as despite the Brexit factor with corporates and private equity houses continuing to make significant investments.

Over the year, the firm managed to appoint eleven new partners from various other firms and also promoted 14 partners from within the firm.  BDO promoted a significant number of people in addition to recruiting 306 trainees during the year.

The firm has said that it is inclined towards adopting an approach that will help them to continue focusing on technology by increasing the use of analytics and automation in its methods and processes. The firm has also managed to increase the use of the audit analytics and automation tools and even has launched an internal programme to generate new innovative and unique ideas that will not only benefit the firm but also the clients as well.