Companies not in Support of the Idea of Workers on Boards 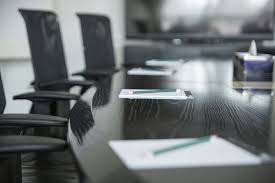 According to a study by ICSA: The Governance Institute, most companies in the UK feel that the idea of having workers on the board is flawed and therefore those companies are not in any way planning to introduce the proposed approach. This idea has been suggested as part of the changes proposed to the Corporate Governance Framework that is currently being operated in the UK.

Some 100 companies participated in the poll which was conducted by ICSA: The Governance Institute along with a recruitment firm The Core Partnership. Around 70% of the participants to the survey were of the opinion that the idea of allowing workers on boards is not a good one. Only 13% of the participants were in support of the idea while the remaining 16% were unsure about their opinion on the subject matter.

The survey also revealed that around 29% of the companies are yet to review the changes proposed to the Corporate Governance framework applicable in the UK. Out of those who have reviewed the proposed changes to the Governance Code, 25% are in support of the non-executive director option, 14% are in favour of combining two or more of the available options, 7% are inclined towards establishing a work council, 5% have some other ideas, 2% are in support of having an employee on the board and 1% are unsure.

Respondents also voiced their concerns regarding the difficulty of being able to get fair representation of the workforce if only one person would be allowed to be on the board as representative of the workers. Some also feel that regulatory burden would limit the number of suitable candidates to an extent that it would be difficult to get the desired results from this workforce engagement.