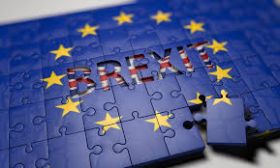 As per the Global Economic Conditions Survey (GECS) released by IMA® (Institute of Management Accountants) and ACCA (the Association of Chartered Certified Accountants) revealed that confidence in the UK economy has reached its lowest level since 2nd quarter of the year 2017.

The recently conducted survey has revealed that economic confidence in the UK has dropped by five points since 2nd quarter of the year 2017.

Narayanan Vaidyanathan, ACCA’s head of business insights, has said that even though the recent figures have shown that the economy is performing quite well but confidence on the economy continue to fall as per the participants to the survey as there is uncertainty regarding Brexit.

He further said that if any deal gets agreed then we can expect the investments to hold up reasonably well and improvement in the government’s financial position will help in easing of austerity over the next few years.

As far as personal finance is concerned, consumers are pretty hopeful as wage growth is picking up, level of unemployment is low and rates of interest are still quite low.

GECS is the largest economic survey conducted in the world in which a large number of accountants participate and express their opinions on various subject matters.