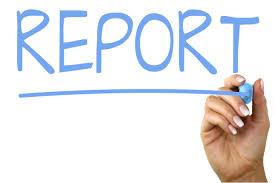 According to a recent report released by the ACCA, emotional intelligence in addition to a well-rounded skillset are pretty important if the accountants are to survive and thrive in a field that is highly tech-driven now-a-days.

Around 4,660 participated in a study titled Emotional quotient in a digital age, mainly ACCA students, affiliates and members as well as including data from 20 other IFAC recognised bodies. The participants belonged to around 139 countries.

It found that emotional intelligence measured against a credible benchmark specific to the accounting profession, was an under-valued skill with significant practical implication in the modern workplace. The report revealed that emotional intelligence normally defined as capacity of a person to recognize and understand of the feelings of people around you and applying them in solutions-driven ways, was of significant importance in dealing with the impact of modern-day technology.

The impact was classified into various sectors such as increased diversity, change readiness, ethics and beliefs, the use of indirect power, cognition and learning, and human-machine interaction and it was also discovered that emotional quotient provided practical benefits in all.

Chief executive of ACCA, Helen Brand OBE, has said that many people have an instinctive sense of EQ, often referred to as something to do with emotions and communicating effectively and efficiently with people. It is important for accountants to go beyond this and critically analyse and reflect on the value embedded in emotions in today’s digital age.