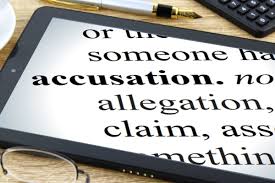 South Korea’s financial regulator has said that Samsung BioLogics has violated accounting rules with regards to the treatment it has adopted to account for its holdings in one of its subsidiary. The company in question is known for manufacturing drugs as well as being known as part of the Samsung group.

The Securities and Futures Commission (SFC) has said that Samsung BioLogics violated accounting rules just before its listing as the company changed the treatment it used for accounting its holdings in one of its subsidiary with the name of Samsung Bioepis in the year 2015. The company has denied all the allegations from SFC.

The financial regulator has released a statement as per which it has not only recommended to dismiss the chief executive of the company but also to impose penalty of ₩8bn (£5.5m). SFC is also planning to refer the case to prosecutors.

The company has said that they would like to apologize to our shareholders and clients for the confusion and chaos that is being created due to the recent accounting scandal. The company further said that announcement from the SFC is pretty unfortunate as it is our belief that Samsung BioLogics has not violated any accounting rules.

The company did a due diligence from the Korean Institute of Certified Public Accountants (KICPA) which concluded that the accounting treatment of the holdings was appropriate and in addition to this the company also received an official response from the Financial Supervisory Service (FSS) as well as opinion from various accounting and consultancy firms that the accounting treatment was appropriate and the correct one.

The company is planning to file a lawsuit to prove that the accounting treatment adopted by the Samsung BioLogics is appropriate and SFC is wrong in this matter.
Share:
Source: ReadyRatios
Add New Comment