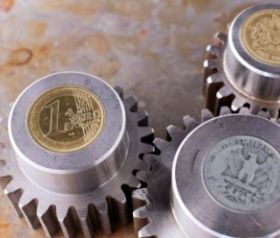 A tax on financial transactions would be "easier" to administer than many other types of existing taxes, the International Monetary Fund has claimed.

A paper by the Washington DC based fund, published on Thursday night, appears to demolish claims by critics of the controversial levy that it would be an administrative nightmare to introduce.

The paper suggests that exchanges and clearing houses could be harnessed for collecting the tax, and that, if agreed, governments could implement the financial transaction tax in just 18 months.

"In principle, an FTT is no more difficult and, in some respects easier, to administer than other taxes," says the working paper, titled 'Taxing Financial Transactions: An Assessment of Administrative Feasibility'.

"The same administrative tasks that apply to other taxes - registering taxpayers, assessing and collecting the tax, and verifying the tax liability - also apply to an FTT. These tasks are aided by certain features of an FTT."

The 55-page paper says that recent legislative reforms, including new regulations on over the counter derivatives, make it easier to levy an FTT on a much wider number of instruments than previously possible.

Existing financial institutions such as the CLS Bank, a 14-year-old global foreign exchange settlement system, could be used to harness the tax, it adds.

"There are major advantages to collecting an FTT through exchanges or clearing houses. Leveraging these institutions reduces compliance and administrative costs by obviating the need for market participants to register, collect, and remit the tax," it continues.

"Where exchanges and clearinghouses cannot be harnessed, the costs of collecting an FTT directly from market participants could be reduced by restricting to broker-dealers and other major traders the responsibility of charging and collecting the tax."

The paper however warns that coherent legislation is needed to ensure the effective administration of an FTT.

"Conceptual difficulties" which would have to be overcome include deciding whether a tax liability should arise on a cash or accrual basis or whether the tax base should be an instrument's notional value.

It says careful planning would be needed and an enforcement system with penalties to prevent underreporting, which could also be discouraged by linking the legal standing of a transaction transfer to tax payments.

Policymakers would have to determine whether the tax covers the sum of money that changes hands, and whether cash settled transactions should be taxed on net payment or the underlying gross amounts, the paper adds.

It says that, if major financial centres were to adopt the tax, countries could have "greater degrees of freedom"...