Paul May Resigns as CEO of Café Chain Patisserie Valerie 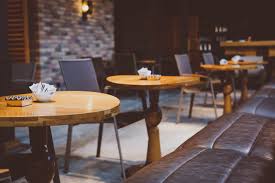 Patisserie Valerie has announced the appointment of Stephen Francis as its new CEO following resignation given by its former CEO Paul May. The resignation from Paul May comes only a few weeks after the shareholders secured a rescue deal for the café chain

May, who previously ran the café chain’s parent company with the name of Patisserie Holdings, resigned from its position as the café chain’s CEO on November 15, and now the entity has replaced May with Stephen Francis who is known as a turnaround specialist as the café  and cake shop’s new chief executive officer.

Francis is known for completing successful turnarounds for businesses with revenues ranging from £200m to £2bn. Francis recently served as chief executive of Tulip Ltd, one of the largest producer of pork in the UK, where he helped the entity in recovering from significant losses and also assisted in rebuilding the management team and putting the organization on the track of growth and success.

Before that, he helped the Danwood Group as its CEO, restoring the stakeholders’ confidence on the group, re-building the management team and transforming the company’s profitability.

Luke Johnson, chairman of Patisserie Holdings has said that the company is delighted and excited with the appointment of Stephen Francis as the company’s new CEO. The board is looking forward towards working with him to turnaround the current situation of the company.
Share:
Source: ReadyRatios