KPMG Hit with a £6m over Audit of Lloyds Syndicate 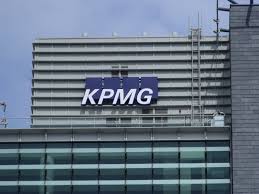 Financial Reporting Council (FRC) has fined KPMG £6m following the conclusion of an investigation which was carried by the UK regulator into the big four firm’s audit of Lloyds syndicate (Equity Red Star).

The big four audit firm has agreed for an internal review of some aspects of its 2018 external audits of insurance companies.

The decision of requiring £6m from KPMG as fine came after the completion of the investigation carried out by the regulator into the audit of Equity Red Star annual report and financial statements for the financial period from 2007 to 2009.

The aforementioned issues were first highlighted and referred to the UK regulator in the year 2012 but an official complaint was filed in second half of 2016. The inquiry started after a shortfall of £311m was identified in accounts of the motorbike and car insurer.

In addition to the fine, the big four firm has been hugely criticized and required to conduct a review and then report the findings of the review to FRC on specific aspects of its external audits of insurance undertakings carried in the year 2018.

Mark Taylor, partner at KPMG has been required to pay £100,000 as fine as well as being severely criticized. He also submitted to the requirement of another partner reviewing of all of his audits until 2020.

Anthony Hulse, former partner at KPMG has also been handed a fine of £100,000 and has been excluded from CIMA membership for 2 years along with Douglas Morgan, ex finance director of ESML.

The regulator has said that KPMG’s misconduct arose from the audits it carried in 2008 and 2009 of the accounts of Lloyd’s Syndicate.  Evidence against Anthony Hulse related only to the audit carried by KPMG in the year 2009.

The tribunal found that both in 2008 and 2009 insufficient audit enquiries were made with regards to the process for reviewing claims file and warning signs related with decline in the reserves allocated for claims were not acted upon, and as a result there was sufficient and appropriate audit evidence was not available to issue an unqualified audit opinion.