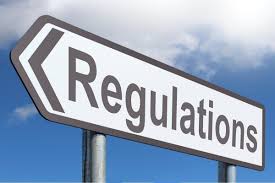 The UK government has issued draft regulations with regards to policy and reports in connection with director remuneration. The said regulations have extended the scope of reporting director renumeration to unquoted companies as well as introduced new requirements to comply with by the companies.

The regulations are basically designed to provide shareholders with information that will aid them in assessing the performance of the directors and to examine the effectiveness of the approach adopted by the company to remuneration as well as performance incentives given to directors.

The draft rules and regulations, which come into effect on June 10, 2019 under an executive order by the government to subordinated legislation, partially apply the shareholders rights directive II (European Union directive) in the United Kingdom. These amend the Large and Medium-sized Companies and Group (Accounts and Reports) Regulations 2008 as well as the Companies Act 2006.

In situations where directors are receiving share-based remuneration, the company’s policy with regards to remuneration must provide details of vesting periods, and any holding and deferral periods, and must also indicate the time duration of service contracts of directors.

The policy for remuneration must clearly set out the decision-making process for its determination, implementation and review, and must provide explanation to all major changes when compared with the previous policy. The date and outcome of the shareholder vote on the policy concerning remuneration must be displayed on the website of the company as soon as possible and it should remain there for the rest of the policy’s life.

According to new regulations, report on directors’ remuneration must be available on the website of the company for at least next 10 years. The said report must separately show fixed and variable remuneration received by each director during a specific financial year and must also specify if any change has been made to the share exercise price and exercise date of share options or shares by directors.

The new rules and regulations have extended the scope of the United Kingdom’s currently in place framework catering to executive pay in relation to unquoted traded companies.