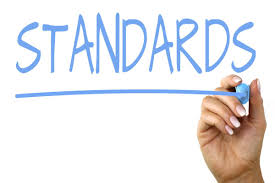 The Financial Accounting Standards Board (FASB) is providing some respite to banks as well as other institutions which deal in financial instruments with regards to implementing the standard related with credit losses by giving them an option of measuring some types of assets at fair value.

The credit losses standard was first issued by FASB in the year 2016 as part of the convergence project in relation to financial instruments with the IASB. However, the two bodies eventually went in separate directions with regards to measuring credit losses. FASB decided to measure credit losses (arising on financial assets measured at amortised cost) using an expected credit losses method. FASB also made changes to the way in which available-for-sale debt securities.

The new update to the aforementioned accounting standard released by FASB provides the preparers with an option to irrevocably select the option to measure at fair value, for all the eligible assets measured at amortized cost on adoption of the standard dealing with credit losses. The body believes this will help in increasing the comparability of the information presented in financial statements provided by institutions. The said update would potentially reduce costs for preparers of financial statements while providing investors and other users with more meaningful information.

For all banks and other financial institutions that are yet to adopt the credit losses standard, the new accounting update will come into effect when they apply the standard dealing with credit losses.

For institutions that have adopted the credit losses standard, the new update will come into effect for financial years starting after 15 December 2019.