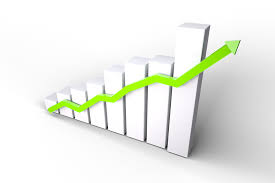 Cloud based accounting software company Xero reported an increase of 36% in its operating revenue to NZ$552.8m for the financial year ended March 31, 2019.

Xero’s customer base in the UK increased by 48% to 463,000 and that too in a single year. The increase in number of subscribers during the FY 2019 also contributed towards the 50% increase in UK revenue which was reported to be £62m.

New international user numbers hit 239,000, overtaking those from New Zealand and Australia for the very first time, with around 151,000 new subscribers signed up in the United Kingdom.

The software provider also made a number of acquisitions during the financial year ended March 31, 2019, which included Instafile (a UK tax filing tool) and Hubdoc, a data capturing solution.

Steve Vamo, CEO at Xero, said that we have ended the FY 2019 with strong numbers and also achieved a number of major milestones including the UK business adding more than 100,000 new users within a six month period in addition to our first positive free cash flow result.

He further said that as we head into the Fiscal year 2020, we are making great progress with regards to our strategic priority of driving adoption cloud based accounting around the world. We have a competitive edge as we prioritize growth, and partner closely with bookkeepers and accountants, to provide our users with a more human-centered technology experience especially for small businesses.