Regulator Launches an Inquiry into Operations of a Birmingham Based Charity 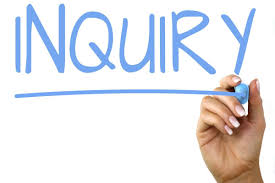 The Charity Commission has initiated an inquiry into a charity named Jamia Alfurqan Ltd after serious concerns with regards to the charity’s operations and management were raised by the Police.

The inquiry is examining whether the charity’s trustees have exercised their legal duties under charity law in relation to the administration and management of the charity.

The Commission will also look into the financial matters of the charity. Jamia Alfurqan is yet to file its accounts for the fiscal year ended October 31, 2018.

The Birmingham based charity Jamia Alfurqan’s aims include promotion of religious activities and education as well as providing counselling and advocacy services, and open spaces and facilities.

The inquiry will examine the conduct of the trustees, including whether the trustees received any private benefit from the charity’s operations and finances, and will also consider whether the charity is conducting its operations in the greater good of the general public and its income is being used solely for achieving its charitable objectives.

The Commission says it liaising with the police and has also exercised its right to prohibit the charity’s trustees from making specific transactions without obtaining permission from the Commission.

After the inquiry was initiated by the regulator, the trustees of Jamia Alfurqan resigned. New trustees has been appointed on the charity’s board.