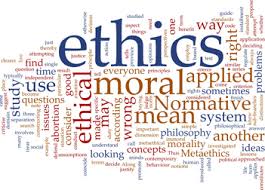 The International Ethics Standards Board for Accountants (IESBA) is set to make amendments to the code of ethics in response to the impact of changes caused by ground breaking technological innovations.

The IESBA has completed fact-finding work on the ethical implications of latest technology on the accounting, audit, assurance, costing and finance functions.

After the completion of the first phase, the board has concluded that currently the code provides its users with high level, principles-based guidance to address most ethical issues concerning latest technology that may be faced by professional firms and accountants.

However, the report indicated five key areas for which the content in the code could be enhanced.

These include making it clear to the accountants that they have a broader role in promoting and encouraging ethical behaviour as a key element for a strong foundation of businesses and other organisations, particularly when using latest technology.

IESBA wants to update the code so that it could be in a better position to effectively tackle the threats resulting due to the complex nature of the professional environment, and to expand the responsibility of an accountant to be transparent, which is not explicitly stated.  It also wants the concept of accountability to be strengthened.

Changes to the code will also include the addition of appropriate technology references in the provisions where one has to rely on the work of an expert or any other third party, and highlighting the confidentiality requirements in light of increased access to and use of personal and other sensitive data/ information, and the need to protect it as well.

The board will also look at whether changes should be made to its guidance to deal with the threats to independence resulting from the sale/ licensing of technology to audit clients and the use of technology tool of an audit client in the delivery of non-audit services to another entity.

Specifically regarding the concept of an ‘office’, the standard setting body will look whether the code should be updated in order to deal with the threats to independence arising from the use of latest technologies in a more efficient and effective manner.

The report also contains recommendations in relation to the next stage of the initiative, including that the standard setting body gathers additional information with regards to the implications on the ethics code of other technological developments such as cybersecurity, Internet of Things and blockchain.
Share:
Source: ReadyRatios