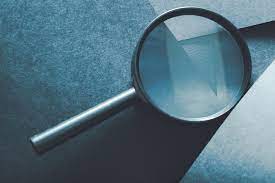 The Charity Commission recently announced an inquiry into the finances of aid charity Care4Calais due to serious governance concerns.

The Commission has said that the extent of the scope of the inquiry may be extended if some additional issues are discovered. The findings of the investigation will be published by the commission in the form of a report later on. Care4Calais said that it would cully co-operate with the Commission with regards to the aforementioned inquiry.

The Commission first engaged with the aid charity’s trustees in August 2020, after it identified areas of concern in the charity’s financials. This engagement with the trustees led to further concerns about the charity’s governance.

The investigation opened in August 2020 to examine whether there has been misconduct and/ or mismanagement in the charity’s administration by the trustees, the charity’s internal financial controls, and other safeguarding processes and policies.

The investigation also looked into the responses of the trustees’ to the requests for information made by the Commission and whether the charity followed commission’s regulatory guidance and advice.

The Commission has appointed Philip Watts and Sarah Tomlinson of Anthony Collins Solicitors LLP as interim managers for reviewing the charity’s administration, governance, and decision-making.

They have also been asked to provide information regarding whether the charity was operating according to its governing document, relevant rules and regulations and that its procedures and policies reflect best practice.

According to the commission, the trustees are responsible for running the charity.

The charity recently released a statement in which it said that over the past one year Care4Calais has grown significantly to meet the unprecedented needs of its beneficiaries in the light of the challenges posed by the Covid-19 pandemic.

It further said that thousands of volunteers stepped up and gave countless hours to meet this need and the trustees together with the management have worked tirelessly to help and support them.

The extraordinary circumstances caused by the Covid-19 pandemic put a lot of pressure on our systems, and our staff as well as our volunteers worked hard to overcome the pressure and challenges caused by the pandemic. The management committee and trustees are all volunteers.

In this way expenses of the charity are kept to a minimum so that maximum resources could be used for helping the people in great need.