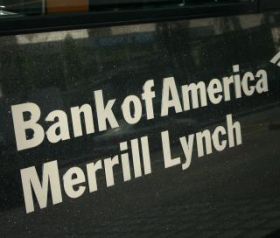 Insurance giant AIG is suing Bank of America for $10.5bn (€7.3bn) for alleged fraud over the sale of mortgage-backed securities in the run-up to the 2008 crisis.

American International Group claims that BofA and its subsidiaries wrote "defective" mortgages to borrowers who they knew were unable to service their debts, and then sold $28bn (€20bn) worth as low-risk securities to the insurer.

A spokesperson for the insurer, which received a $180bn (€126bn) bailout from the US government during the 2008 financial crisis, confirmed the lawsuit was filed in the New York Supreme Court on Monday morning.The case, which AIG said is a forerunner to further legal actions against other firms, alleges that BofA sales were "marred by fraud, misrepresentations and omissions".

A spokesperson from Bank of America, which saw its shares drop by 15 per cent in early day trading as fears mounted over the US economy, was not immediately available for comment.

However the insurer said in a statement to the press: "We are looking carefully at what counterparties and others have done to AIG, and we intend to take legal action against those who have harmed us.

"Bank of America's fraud cause[d] billions of dollars in damage to AIG and we are bringing this suit today to protect AIG and the taxpayers' stake in it.

"This is not the first lawsuit that AIG has filed against counterparties that have sought to profit at our expense and we anticipate that it will not be the last."

Among the claims against Merrill is that it instructed sub-prime originators to increase their volumes and waived loans that failed to meet underwriting guidelines.

Countrywide, which was acquired by Bank of America in 2008, meanwhile is accused of using exceptions that "guaranteed that virtually every loan would be approved".