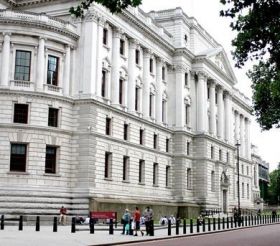 The cost of the 2008/09 bank bailouts to the UK government could be less than the original estimate of £2bn according to a House of Commons report released late on Monday.

The report says the Treasury's initial estimates of £2bn (€2.3bn/$3.3bn) for the cost of recapitalising Lloyds Banking Group and the Royal Bank of Scotland could be too high and that once the assets have been sold, this figure may be lowered.

It says the £2bn figure is "heavily dependent" on certain assumptions, "one of which already looks to be too pessimistic, namely the value of the government's shares which have, overall, risen in value since the June estimate".

The report says most of the actual money the government has spent was to acquire assets, which it will sell at some stage and therefore recoup the losses. The guarantees and temporary loans which also formed a key part of the government's support package, will eventually be repaid according to the report.

It quotes the Treasury as saying: "The estimate reflects the potential direct costs of the Government's support provided to the financial...