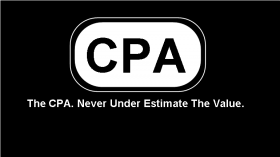 The U.S. CPA Exam was successfully administered at four international test sites: Japan, Bahrain, Kuwait, Lebanon and the United Arab Emirates. The American Institute of CPAs, the National Association of State Boards of Accountancy and Prometric said Monday that candidates took exams at the four locations abroad on August 1, the first time in history that the CPA Exam has been administered outside the U.S. and its territories.

During the remainder of August, 1,165 candidates are expected to sit for 2,065 examination sections. Future month-long testing windows will take place in November, February, May, and every third month thereafter.

State boards have the legal authority to award the CPA license in the U.S. Applications for a CPA license can be made through certain U.S. state boards of accountancy that offer eligibility to international candidates. A list of participating state boards and information about their fees is available on the NASBA Web site at www.nasba.org.

Testing in the new international locations is available to citizens and long-term residents of the countries in which the exam is being administered. In the Middle East, citizens of Egypt, Jordan, Oman, Qatar and Saudi Arabia may take the exam in one of the Middle East locations. U.S. citizens living abroad are also eligible to test at any location.