Accountancy Pay Levels up 3.11% on Year 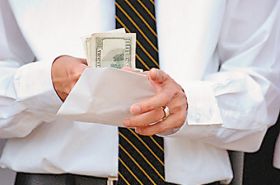 Permanent salaries in the accountancy sector are up 3.11% year-on-year, and pay levels for skilled candidates are on the rise according to the latest survey from recruiters Badenoch & Clark.

The findings show contract salaries went up only slightly, with a 0.05% year-on-year increase. Financial analysts and finance project manager rates rose by 0.1%, and rates for assistant accountants also increased by 0.2%.

The survey identified strong demand for audit and tax experts, along with an increase in financial analyst roles.

Heidi Waddington, operations director, accounting & finance, Badenoch & Clark, said: ‘As companies gear up for the upturn in the economy, accountants who can identify emerging trends, analyse performance, review costs and forecast growth are in demand.’

Waddington added that close financial management and operational transparency in the postrecessionary marketplace is increasing demand for audit and tax experts, along with knowledge of regulatory frameworks such as Solvency II and Basel III, coupled with IT skills including iXBRL.

‘Now that the spectre of double-dip recession seems to be disappearing, more companies are gearing up for growth and are prepared to pay more for higher skilled candidates,’ Waddington said.