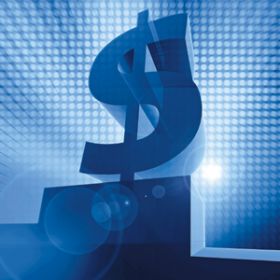 A survey of CFOs in the U.S. and Europe found more willingness to hire in the final six months of the year in the U.S. than in Europe.

The quarterly CFO Outlook Survey from Financial Executives International and Baruch College’s Zicklin School of Business found that 57 percent of U.S. CFOs plan to hire additional employees at their companies in the next six months, while the majority of European CFOs (52 percent) said that they do not have plans to hire.

Survey respondents were also asked about their optimism about the overall economy and their own companies. The survey’s CFO Optimism Index for the U.S. economy dropped from 64.1 in the first quarter to 59 in the second quarter. Optimism in U.S. CFOs’ own companies’ stayed approximately the same, going from 72.00 to 72.30 in the second quarter. However, that was higher than European CFOs’ confidence in their companies, with an index level of 63.20.

For 47 percent of the U.S. CFOs polled, a lower U.S. unemployment rate was seen as the most telling indicator of an economic recovery, followed by rising gross domestic product (22 percent) and an increase in consumer spending (17 percent).

“While U.S. CFOs have high expectations for earnings growth and generally hold a more positive outlook than Europeans about the global economy and the future of their businesses, their declining confidence in the U.S. economy reflects uncertainly,” said Zicklin School dean John Elliott in a statement. “Decisions from congressional leadership and the President will be especially significant for U.S. businesses in the coming months.”

U.S. CFOs expect a 9 percent increase in health care costs over the next 12 months. When asked about the impact of the health care reform law, respondents in the U.S. cited an average 3.5 percent increase in related costs since the beginning of the year. However, 32 percent of them said they are not taking any actions to offset those costs. The most common actions taken by those who are offsetting the costs are increasing the employee co-pay (45 percent) and reducing benefits for employees (28 percent).