E&Y Loses Over US Profits 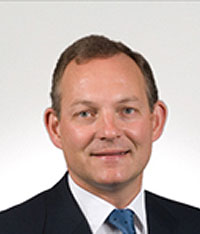 HMRC had appealed a ruling that Anson, manager of US private equity firm HarbourVest’s UK operations, was entitled to double taxation relief on profits remitted from the US to the UK. Anson is a non-domicile based in the UK and received a share of profits from HarbourVest’s US business.

HMRC had required Anson to pay the remitted income like a dividend, with no credit for tax paid in the US. Ernst & Young, of which Anson is a client, challenged that in the First-Tier Tax Tribunal and won, meaning Anson was able to take the profits while paying only US income tax. It said HMRC’s ruling would have led Anson to pay £45 in US tax and £22 in UK tax for every £100 of profit.

The Upper Tribunal overturned the earlier judgment and found in favour of HMRC, denying Anson was being taxed twice on the same amount under HMRC’s requirements. It said that while Anson was being taxed on profits in the US, he was still required to pay tax on distributions when that money was remitted to the UK.

An Ernst & Young spokeswoman declined to comment on the case.