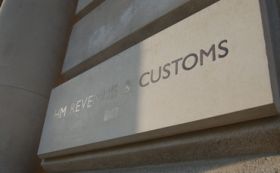 THE TAXMAN has been agreeing multimillion-pound Time to Pay (TTP) arrangements without requiring businesses to undertake independent reviews to check their viability, Accountancy Age can reveal.

Earlier this month, HM Revenue & Customs released its figures on TTP arrangements, which allow businesses to defer their tax bills.

An HM Revenue & Customs spokesman said that a small number of very high-value arrangements made in June skewed the figures and, if it were not for these, the average would be similar to other months. The research showed that these arrangements would have to be collectively worth around £17m to skew the June average figures to this extent.

Former chancellor Alistair Darling announced in the 2009 Pre-Budget Report that: "HMRC will require businesses applying for Time to Pay for debts of £1m or over to provide an independent business review (IBR) in support of their request". These would require the businesses to appoint insolvency practitioners to review their long-term viability.

However, a freedom of information request has shown that no IBRs were carried out in June and only six had been carried out in total between January 2010 and June 2011.

The HMRC spokesman said: "HMRC will not always require an IBR in £1m+ cases; this is because each Time to Pay request is considered on its own merits and the specific facts in the individual case.

"HMRC has only required an IBR in a handful of cases since the announcement that HMRC would consider seeking such a review in those cases where additional Time to Pay was being sought and the tax involved exceeded £1m."

The shadow exchequer secretary to the Treasury, David Hanson, has said he will write to his opposite number, David Gauke, for an explanation of these figures.