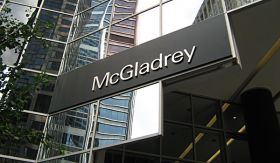 McGladrey & Pullen announced Tuesday that its board of directors has reached an agreement with H&R Block to purchase back RSM McGladrey Inc. for $610 million, reuniting the assurance, tax and consulting practices under an integrated McGladrey & Pullen partnership structure.

McGladrey & Pullen’s acquisition includes an approximate 5,000 RSM employees, assets and infrastructure, and follows an April 1 internal announcement by H&R Block acquired by AccountingToday.com of its intent to solicit prospective offers to purchase RSM. According to a message to all McGladrey employees, both the board and H&R Block agreed that McGladrey was the logical purchaser and should have the first opportunity to provide an offer.

H&R Block will finance $65 million of the acquisition, and will record a non-cash, after-tax charge of approximately $53 million, or $0.17 per share in the fiscal first quarter ended July 31, 2011.

"This is all about what we believe to be in the best interests of our clients, our employees and our partners. We see great opportunities for success and growth for McGladrey & Pullen as a firm reunited in a traditional partnership structure," said Joe Adams, managing partner of McGladrey & Pullen, in a statement. "Our relationship with H&R Block has served us very well but we both agree that it is time to move on."

Since 1999, McGladrey & Pullen had operated under an alternative practice structure with RSM McGladrey, under which M&P provided clients with public accounting services and RSM provided non-public accounting services, such as tax and consulting. In January 2010, M&P and RSM reached a revised services agreement after a five-month legal struggle that began when M&P voted to terminate the 10-year agreement between the two firms.

Allan D. Koltin, CEO of Koltin Consulting Group, who also bought back his former firm PDI Global Inc. from H&R Block in 2008, commented on McGladrey returning to a non-alternative practice structure: “While it’s been a rocky marriage probably from the get-go … for all their internal struggles, at least externally, a lot of good things have happened.”

“In talking to a dozen McGladrey partners this morning, there’s a genuine sense of relief,” said Koltin. “There is no ill feeling either way, between Block and McGladrey. I think they’d all agree this is the best course of action for both going forward.”

The final closing of the transaction is expected by the end of the calendar year and is subject to a number of conditions, including the signing of a definitive agreement, finalization of M&P’s financing for the transaction, and customary closing conditions.