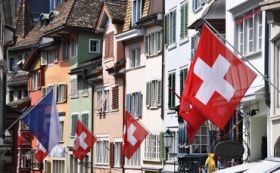 AFTER NUMEROUS false dawns, the agreement with Switzerland was finally announced yesterday. And, credit where it's due, HMRC permanent secretary Dave Hartnett pulled off an excellent deal. The figures being talked about are around £5bn a year, but that might even be conservative.

Here are the facts: UK taxpayers with accounts in Switzerland will pay 19% or 34% of the value of their account unless they choose to disclose, in which case they will pay their liabilities plus penalties plus interest; the UK can request the details of accounts of 500 people a year who they suspect of tax evasion, whether the individuals consent or not; the UK will receive withholding tax on all future incomes close to the top rates of tax; and Switzerland will pay around £384m for the privilege of this.

Whichever way this is looked at, the UK is the winner in this.

Of course, the pragmatic approach to tax evasion is being criticised in some quarters. It's true that evasion should never be rewarded, but make no mistake - evaders will not be happy with this deal.

Switzerland is entering to these deals to stop itself becoming a financial pariah state. But to expect it to give up its privacy laws would be too much. This is the country's biggest industry and it would almost take a referendum to do so. True, the US is taking a different tack by introducing legislation to force its citizens to disclose overseas taxes, but this is a gamble and is costly.

The provision to name 500 accounts a year, as well as bringing in revenue, will be a strong deterrent for tax evaders. This allows Switzerland to maintain that it has secrecy with the footnote that it is not a fuill cloak for tax fraud.

The Swiss Bankers Association has already welcomed the agreement and the Liechtenstein Disclosure Facility has shown the benefits of the full co-operation of the overseas territory.

Talking of Liechtenstein, we can expect to see a rise in the number of people moving their accounts to the country, with the full tax liabilities, interest and 10% penalty it will bring to the UK Exchequer. More importantly, Liechtenstein banks will now begin phase two of the LDF agreement: to force UK citizens to disclose their details to HMRC.
It's been a long time anticipated, but HMRC can rightly be proud of this agreement.