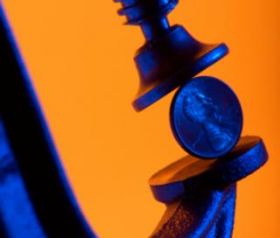 Major security-backed swap participants are at risk of being subjected to highly burdensome dealer-like obligations which could lead them to stop doing business with hedge funds, according to a leading US industry body.

The Managed Funds Association urged the Securities and Exchange Commission this week to ensure major SBS participants, such as large investment banks, do not face the same compliance rules as SBS dealers, in a bid to keep the market open.

In a letter released on Tuesday, Stuart J Kaswell, the MFA's general counsel managing director, calls on the regulator to roll back proposals which may impose "unwarranted" and costly new fiduciary and supervisory responsibilities.

"We are concerned that certain aspects of the proposed rules are unnecessary in the current market environment or impose prescriptive standards that may result in unwarranted costs," Kaswell writes in the letter, dated Monday.

Warning that they could lead major SBS participants to refuse to do business with non-SBS entities, he says regulation of them should instead focus on reducing default risk alone. SBS dealers meanwhile should instead be subject only to rules on market making and pricing and sales practices.

However a number of rules put forward by the commission seem to "imply equivalence" between the two different market players, something which is not mandated by Dodd Frank and "inappropriate", the MFA executive vice president says.

The commission should now clarify that it will not seek to impose the new responsibilities, which the MFA claims go beyond those that participants in futures and derivatives market are currently subject to, he says.

The MFA believes that most of its members are likely to fall outside its definition of meeting the definitional thresholds of a major SBS participant, but would be the customers of SBS dealers.

Kaswell writes: "MFA is concerned that major SBS participants, who currently transact with other SBS entities and not typically with customers, will bear substantial costs that are disproportionate to the purported benefits that their counterparties will receive or to any overall benefits to the marketplace.