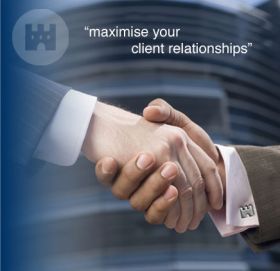 Accounting firms were still trying to recover Tuesday from the after-effects of Hurricane Irene, including the extensive flooding and power outages along the East Coast.

At WithumSmith+Brown in New Jersey, managing partner William Hagaman said that some of the firm’s partners were having issues with flooding in their homes or just getting to work. As of Tuesday afternoon, one of the firm’s offices in Morristown, N.J., still didn’t have power and probably wouldn’t have it for another day or two because of problems at the power company’s substation. On Monday, another office, in New Brunswick, N.J., also lacked electricity, although it was up and running Tuesday. Meanwhile, employees have been making due with the help of the firm’s technology.

“One good thing is that our IT group moved us a long time ago to the cloud, so everybody in the office has remote access to all relevant client information and data,” said Hagaman. “We basically told our people that if they can’t get in or have other issues, to use their discretion, and they should work from home or make up the time later in the week.”

Hagaman has dealt with flooding problems of his own in his basement, and has needed to work from home. “Between mopping up, I’ve been returning emails and making phone calls to clients and other relevant people,” he said.

Howard Cohen, chairman at EisnerAmper, has seen differing conditions at his firm’s offices in New York, New Jersey and Pennsylvania. One office in Hackensack, N.J., had to be closed Monday because it was inside a zone that was still closed, but by Tuesday it had reopened fully. Another office in New Jersey, in Bridgewater, had power on Monday, but temporarily lost it on Tuesday morning when the server room overheated. Other EisnerAmper offices in Philadelphia, Pa.; New York; Long Island; Wall, N.J.; and Edison, N.J. seemed to be running on Monday. Cohen credited the prep work done by the partners and staff over the weekend with helping keep the firm running.

“They were out checking the systems during the storm,” he said. “The partner-in-charge was here in Edison on Sunday because there were flooding problems in the past. They’re dedicated and they took measures like taking all the files off the first floor on Friday. We also sent out a message to make sure all the professionals were prepared, just like we do with snowstorms. It’s always clear that safety comes first. We tell them to prepare by telling them to take their work home. We get through these catastrophes like a family, like a team.”

In New Jersey, the biggest issues that EisnerAmper employees faced in getting to work were the flooded rivers in Hackensack and Bridgewater, although one office in Wall, N.J., was fully operational even though it’s near the Jersey shore.

“Most of the employees that are here from yesterday may have had personal problems like flooding or they didn’t have power,” said Cohen. “Some of the people are on the back roads. I know one partner who couldn’t get in because the trees had fallen on the back roads and he couldn’t get out of his area. But I think most of that is behind us.”