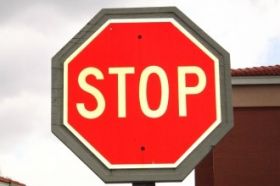 The Securities and Exchange Commission has frozen the asset of a Chicago-area money manager and his hedge fund advisory firm that were charged with lying to prospective investors in their startup quantitative hedge fund.

A federal court today entered a preliminary injunction order in the case, which was sealed on August 10, 2011. On that same day the court granted the SEC’s request for emergency relief including a temporary restraining order and asset freeze. The court lifted the seal order on August 29, and the preliminary injunction order entered today with the defendants’ consent continues the terms of the temporary restraining order until the final resolution of the case.

Last June, the SEC similarly obtained a court order allowing investors who lost $230 million to a hedge fund that held their money offshore to get back what was due them.

The SEC claimed that Belal Faruki of Aurora, Ill., and his advisory firm Neural Markets LLC solicited highly sophisticated individuals to invest in the “Evolution Quantitative 1X Fund,” a hedge fund they managed that supposedly used a proprietary algorithm to carry out an arbitrage strategy involving trading in liquid exchange-traded funds (ETFs).

Faruki and Neural Markets falsely represented the existence of investor capital and that trading was generating profits when, in fact, it was in the losing end. They defrauded at least one investor out of $1 million before confessing the losses, and were soliciting other wealthy investors before the SEC obtained a court order to halt the scheme.

“Faruki and Neural Markets lied throughout this elaborate scheme in order to attract capital from sophisticated investors,” said Bruce Karpati, Co-Chief of the Asset Management Unit in the SEC’s Division of Enforcement.

“Even sophisticated institutional investors should be wary of unscrupulous hedge fund managers who cloak their misrepresentations in lofty pitches about a complex investment strategy.”

According to the SEC’s complaint filed in federal court in Chicago, Faruki and Neural Markets told investors that their hedge fund began trading in 2009.

From January 2010 until at least October 2010, Faruki and Neural Markets distorted the hedge fund’s performance track record, misrepresented that wealthy investors had invested $5 million in the fund, and misstated that it had engaged a top-tier auditor to assist in preparing the fund’s quarterly and annual financial statements.

Faruki also was accused of falsely telling investors that he had invested his own money in the hedge fund so that his interests were aligned with the other supposed investors.

According to the SEC’s complaint, Faruki boasted that he was “making his investors rich” at a time when he actually had no investors, claiming that the names of other wealthy investors had to remain confidential because they did not want their identities revealed.

The lone investor in the hedge fund has unsuccessfully attempted to redeem his investment and recover the remaining balance of his funds from Faruki and Neural Markets, who in turn threatened that they would use the investor’s funds to defend themselves if help was sought from regulators.