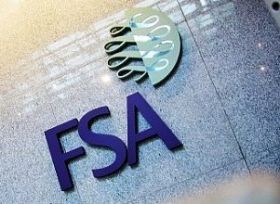 Swift Trade has referred the matter to the Upper Tribunal (the Tribunal) where it and the FSA will present their case. The Tribunal may uphold, vary or cancel the FSA’s decision.

Earlier, Mechanism (ARM) known as the Transaction Reporting System (TRS) to the London Stock Exchange (LSE) for £15 million in a conditional agreement following the US Securities and Exchange Commission’s adoption of rules to investigate a future “flash crash” by improving its tracking system on the activities of large traders like banks, hedge funds and big proprietary trading companies.

In a May 6, 2011 decision notice, the FSA set out its decision to fine Swift Trade, a non-FSA authorised Canadian company with global operations, for systematically and deliberately engaging in a form of manipulative trading known as “layering”.

In the FSA’s opinion, between January 1, 2007 and January 4, 2008, Swift Trade’s manipulative trading caused a succession of small price movements in a wide range of individual shares on the London Stock Exchange (LSE) fr om which Swift Trade made substantial profits.

“It has not been possible to measure Swift Trade’s profits precisely; however, they were in excess of £1.75 million,” it said.

The FSA believed that this was a particularly “serious case of market abuse.” It was widespread and repeated on many occasions involving tens of thousands of trading orders by many individual traders sometimes acting in concert with each other across many locations worldwide.

The trading led to a false or misleading impression of supply and demand and an artificial share price in the shares they traded which was to the detriment of other market participants. The FSA believes that such conduct, if unchecked, could undermine market confidence.

Further, in March 2007, it is the FSA’s opinion that when Swift Trade became aware that the LSE had raised concerns about its trading activity it actively sought to evade restrictions on its trading by refining its trading pattern to avoid detection.

Swift Trade said it would impose effective controls on its trading but in fact took further steps to avoid regulatory scrutiny by changing its Direct Market Access (DMA) provider. DMA is a service offered by some stockbrokers who are exchange member firms that enables investors to place buy and sell orders directly on the order book.

The FSA believed the size of the proposed fine reflects the serious nature of the market abuse and should act as a deterrent to other market participants.

Tracey McDermott, acting FSA director of enforcement and financial crime said: “The FSA remains committed to tackling abuse of the UK markets – wh erever it originates. Interference with the price formation process threatens the integrity of those markets.

“Market participants who offer direct market access should be aware of the risks that such access may be abused and take proactive steps to prevent it.”

On 26 August 2011, the High Court dismissed a further application for an interim injunction to restrain the FSA from publishing the decision notice.

On 13 December 2010 Swift Trade was voluntarily dissolved under Canadian law after changing its name to 7722656 Canada Inc and its remaining assets were transferred to a former holding company, BRMS Holdings Inc. Any creditor’s claims including fines levied by the FSA would be paid out of these funds. Despite the dissolution of Swift Trade the FSA’s legal proceedings against Swift Trade will continue as if Swift Trade had not been dissolved.