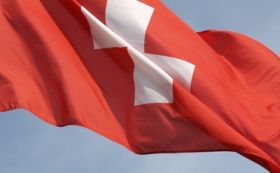 Under the terms of the agreement to improve transparency in Switzerland and increase the tax take for the UK Exchequer, UK residents will have to pay a lump sum of between 19% and 34% of the money in their Swiss accounts as of 31 December 2010. This will only apply to accounts open on 31 May 2013.
However, experts and practitioners claim that Swiss banks have been informally advising UK residents to move money to Singapore, which has a secretive banking system, with no information sharing agreements with western states.

One solicitor told Accountancy Age: "We have two people who have told us they are moving to Singapore on the basis of the new rules. They are both non-doms. We did not suggest it, so it may have come from Switzerland itself. This has happened in the last ten days."

Tom Elliott, partner at Crowe Clark Whitehill, said he is aware that some of the smaller Swiss banks are looking to open branches in Singapore having had no presence in the country previously.

"We have heard that the Swiss banks are looking to Singapore as an alternative and that we would expect this alternative to be offered to their customers in advance of May 2013," he added.

Tax barrister Daniel Feingold said this has happened before when a withholding tax on interest earned was introduced under the terms of the European Union Savings Directive (EUSD) in 2005. "In the past, a client has been given assistance and informal help in circumventing the EUSD from a Swiss bank," he said. "The problem was resolved at the bank's initiative."

As Accountancy Age has revealed, a general anti-avoidance rule has been introduced that will hold the banks liable for any tax avoided under the UK/Swiss agreement.

A HM Revenue & Customs spokesman said: "A bank that enabled its client to move their untaxed assets to another tax haven would ultimately not be doing their customer any favours in the long run.

"As Accountancy Age has already reported Swiss banks that help their customers to avoid the new withholding tax will themselves be held liable for the tax owed.

"Chasing a rapidly dwindling band of viable off shore tax havens around the globe is a practice heading for the dustbin of fiscal history."

A spokeswoman for the Swiss Banking Association (SBA) said it had told banks in March of this year that they must not facilitate the moving of money to other tax havens. However, some banks have not signed up to this code of conduct.

We were unable to contact the Monetary Authority of Singapore, the state's financial regulator.